Win your YouTube audiences’ hearts. Speak the language they love.

Do these names sound familiar? Judging by their subscriber numbers, they should be household names. But that’s the beauty of endemic, regional content on YouTube – they have their own crazy fan following, because they speak in the language that their fans are comfortable in.

While this sounds like a simple concept, it goes a lot deeper than that. Here are a few reasons why you should consider advertising/disseminating content in regional languages: 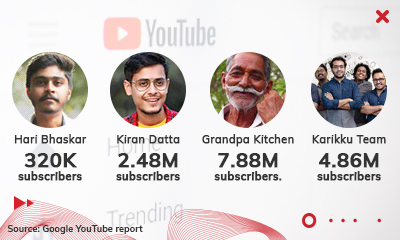 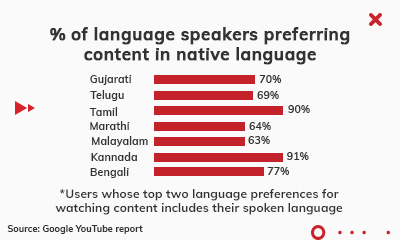 If you don’t believe the numbers, you will believe a case study –
L’Oreal tested the regional language theory on their channel, and it led to a 5X increase in consideration.

Sun TV is probably Tamil Nadu’s most popular TV Channel. But as many as 73% of their YouTube audience is between the ages of 18 and 34 – a stark difference when you compare it to their TV channel, where the subsequent percentage is less than 42%. YouTube is their ‘catch up TV channel’, so to speak. 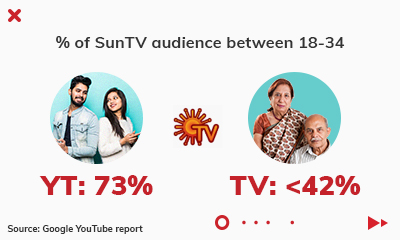 Beyond the usual TV shows, music, news and movies, there’s a world of comedy, food, tech and lifestyle channels, all in native languages. As mentioned in the beginning of this blog, regional YouTube has its own set of superhero influencers.

So, when is your brand going to learn the local language? Go local, and you’ll always have the right words to say to your target audience. They’ll love you for it. You can also enroll in our social media marketing course to learn about audience growth content techniques.

Why digital marketing course is good for budding entrepreneurs?

Is It Worth Taking a Digital Marketing Course In 2021?

Good news for freshers - Companies in India are planning to hire you!